11 million Americans spend half their income on rent

The number of renters dedicating at least half of their income toward housing hit a record high of 11 million people in 2014, according to the annual State of the Nation’s Housing Report from the Joint Center for Housing Studies of Harvard University. 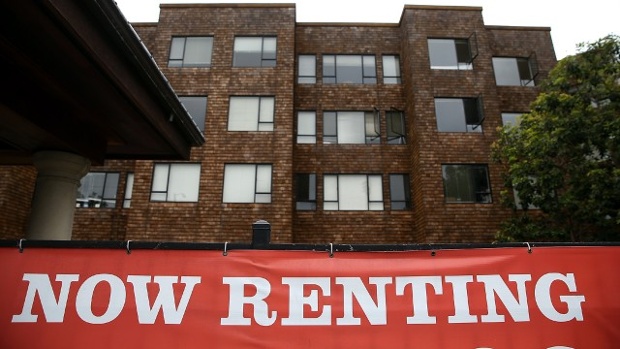 A total of 21.3 million are spending 30 percent or more of their paycheck to cover the rent — also a record high.

But that’s getting harder to do with rent prices rising faster than wages.

Household budgets are taking a hit

Losing such a large portion of a paycheck to cover housing means cutting back in other areas.

“When you have to dedicate such a high proportion of your income to rent every month, it forces you to make difficult decisions,” said Dan McCue, a senior research associate at the Joint Center.

Not only does that mean less spending on essentials like food, clothing and health care, it also makes it tougher to achieve long-term financial security by saving for an emergency fund, a down payment or retirement.

In the 10 cities with the highest housing costs, renters with middle-class incomes are having a particularly hard time making ends meet. Nearly 75 percent of renters earning $30,000-$44,999 and 50 percent of those making $45,000-$75,000 living in these hot markets are considered “cost-burdened” — meaning they spend at least 30 percent of their income on rent.

It’s not just young people who are renting

“The shift toward renting has been widespread among age groups, incomes and different types of households,” said McCue.

Last year saw the biggest surge in new renters in history, according to the report, bringing the number of people living in rental units to around 110 million people — or about 36 percent of households.

Middle-aged renters made up a lot of the new demand, with 40 percent of renters aged 30-49.

And renters are sitting on both ends of the pay scale: almost half of new renters in 2015 earned less than $25,000, while top-income households have been the fastest-growing segment of new renters for the past three years.

Low-income renters are getting squeezed out

More affluent renters are staying in the rental market longer and driving up the demand for housing. Traditionally, the wealthy would move on to become homeowners, but tight inventory in the housing market is keeping them in rentals longer.

And developers are focusing on building luxury apartments that tend to provide a higher return on investment. That’s dragging overall rents higher and leaving a dearth of affordable rentals.

And with the typical renter making about $34,000 a year, that means an affordable rental would be about $850.

While renters are paying more, affordability is improving for those who own their homes. The number of cost-burdened homeowners declined in 2014 for the fourth consecutive year, according to the report, thanks to low mortgage rates.

Print Details
Previous post
Next post
Got Cold Feet About Home Buying? Here’s How to Cope
The housing market is suddenly hot again