From homeless to CEO… Check out this inspirational story!

Formerly Homeless, This CEO of Her Own Real Estate Firm is Now Building a $14M Affordable Housing Project 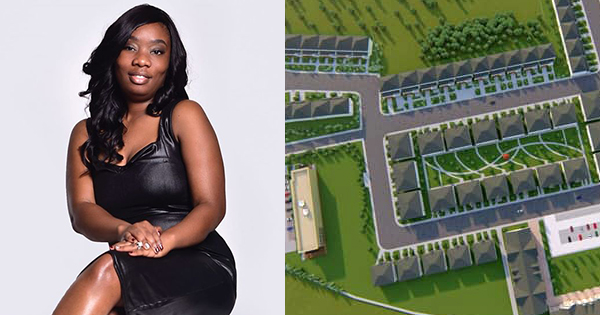 Terrica Smith, now the founder and CEO of Cachet Real Estate and Salt Capital Equity Group, used to dream of having her own home when she was homeless and living on the streets years ago. Now, she is making other homeless families’ dreams come true as she heads the Madeline Cove project, a housing development that would offer affordable homes in the community.

As a child, Smith was in foster care until she aged out of the system when she turned 16. She had to live on the streets of New Orleans, and at one time lived under an overpass with her son. When Hurricane Katrina struck New Orleans, she was displaced to Lafayette, Louisiana.

Frustrated with her homelessness, she decided to attend a real estate school. With hard work and determination, Smith eventually became an agent with Real Broker LLC and a managing partner for Salt Capital Equity Group. Now in her mid-30s, Smith also owns and operates her own firm called Cachet Real Estate.

“You have to hold on to that dream,” Smith told The Advocate. “This was an extremely hard task for us, and together we pulled through. The reason this development is near and dear to my heart is because growing up in area like this, it’s extremely hard to dream when you don’t see anything around you worth dreaming about.”

Smith’s dream project is the Madeline Cove project, which is expected to alleviate the lack of housing in New Orleans’ north side. The $14 million development will provide 30 affordable homes, 60 townhomes, a 50-unit senior complex and a retail building that will feature up to five spaces for light retail, a coffee shop or maybe a grocery store.

“My mentor was being homeless,” said Smith, who shared her story in her book Frightened, Scared and Alone No More which was published in 2018. “It was the scariest moment of my life because people are pulling on you, trying to attack you. It’s not safe. You can’t sleep. I made a promise to my son under that bridge. As long as I had air in my lungs, I would never be homeless again.”