Making a list that features the best dining venues in Winter Park would be 100 percent fun if not for the whole “only 10” thing. Seriously, with so very many venerable favorites and steady, solid newcomers, it’s always a challenge. We made the best of it, though, pulling together a list that mixes tried-and-true favorites suitable for special occasions, some get-in/get-out/get-stuffed casual options and a few in the middle.

Menus are as varied as price points. Perennial local favorite the Ravenous Pig maintains its position, but Anna’s Polish Restaurant in its modest, Aloma strip-mall digs has just as loyal a following for its pierogies as the Pig does for its blue cheese-laden Pub Burger. Bosphorous, with its Turkish delights and hookah pipes reps for tony Park Avenue while the mini-but-mighty Hunger Street Tacos does the same for compadres in its choice-but-cheap category. Even the New York Times has given it a mention. Feeling fishy? Head over to Reel Fish Coastal Kitchen + Bar for a beachy vibe that registers beyond the palate, or head up the block and sit on The Porch, where pub grub is the order of the day. 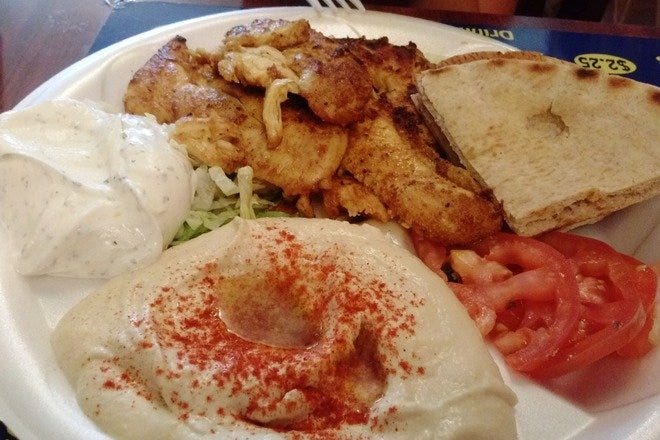 This place, in its exceedingly humble, aged strip-mall digs, has been around a good, long while. Why? Others may have a more upscale atmosphere, this modest, dine-in/take-out deli has truly delicious food. The menu’s not too expansive. In fact, it’s emblazoned on all the tables in a kind of Waffle House-style. But what it lacks in variety it more than makes up for in quality, authenticity, flavor and heart. Gyros ($6.50 if you just get the sandwich) are huge, stuffed all the way through with succulent, seasoned meat and fresh-made tzatziki. Falafel is crisp-tender. Hummus is creamy with just the right balance of nutty tahini. There are a number of other items, too, all well executed. And the service? It simply doesn’t get more gracious.

Recommended for Winter Park’s Best Restaurants because: As neighborhood as it gets, with delicious, generously portioned food and gracious service, it’s a natural 10best inductee.

A.D.’s expert tip: I haven’t been to Greece yet, but I can vouch for Astoria, Queens. And you could plunk this place down on Steinway Street tomorrow and it would be just as well received. 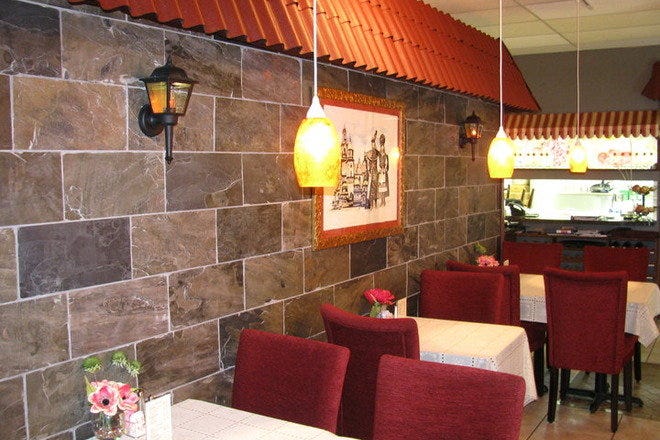 Doughy dumplings. Tender cabbage. Bright, flavorful borscht. Scrumptious pierogies. Just a few things you might enjoy on a visit to Anna’s Polish, yet another hidden gem of an eatery tucked into yet another nondescript shopping center, this one set back a bit from Aloma Avenue (which actually makes its outdoor tables much more pleasant than one might expect on a busy thoroughfare. No matter where you sit, however, Anna’s will please the Polish-loving palate with rich stews, crisp potato pancakes, snappy kielbasa and good Polish beer. A recent expansion means more room on busy nights â” of which there are many.

Recommended for Winter Park’s Best Restaurants because: Authentic Polish food, affable staffers, casual friendly surrounds. Anna’s is a local favorite. Pop in for a pierogi and discover why for yourself.

A.D.’s expert tip: Polish fare is hearty. Come to carb up. And if you like borscht with a nice dollop of sour cream (I do), give Anna’s a shot.

Casual and friendly with solid, largely Southern-American fare, the Porch’s kitchen serves up cheese-and-bacon-laden offerings that anyone remotely serious about their diet will want to steer well clear of. For the rest of you culinary sinners, though, it’s game on. Show up for an Orlando City match and let the athletes at the stadium work up a sweat while you work on that plate of jumbo house-brined wings or a pillowy sampling of pretzel poppers served with homemade beer cheese on the side. Veg-heads can console themselves with an ample and delicious salad menu (yes, really!) but the stars here are the ones your cardiologist warned you about.

Recommended for Winter Park’s Best Restaurants because: In the mood for seriously good, seriously not-good-for-you food? The Porch will bring you a burger with doughnuts for buns without a guilt trip.

A.D.’s expert tip: Try the house burger at half price on Tuesday along with a host of beer specials with which to pair it.

If the stunning mural on the side of the building is any indicator (and it is) Hunger Street Tacos are an artful addition to the city’s vibrant dining scene, and a mercifully inexpensive one. Sidle up to their petite venue and sample Mexican street fare in the form of tacos stuffed with the likes of seared brisket scrambled egg and chorizo. The more vegetable-inclined will enjoy an interesting pairing of sauteed hibiscus and guac or perhaps a squash blossom quesadilla with sauteed onion and salsa roja. This is one taco stand where you may want to leave room for dessert. The Xocoflan is a double-layer delight featuring chocolate cake topped with creamy-rich flan de queso.

Recommended for Winter Park’s Best Restaurants because: In a city where $18 burgers are not unheard of, Hunger Street’s reasonable, tasty eats are a welcome addition.

A.D.’s expert tip: This is a great place for takeout, but tostada fans should be aware that this item is dine-in only. 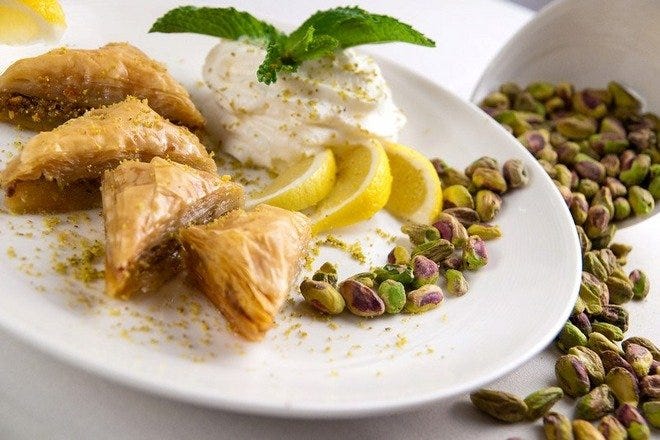 Winter Park’s lovely Park Avenue is home to Bosphorous, a Turkish delight of a restaurant with a corner location and outdoor seating to boot. Inside is no less charming; it’s warm and inviting, as is the food. Grilled lamb, all manner of kebabs, rich, heavenly moussaka or lightly grilled fish â” there are no bad choices. Top any or all of it off with a Turkish coffee. If you’re coming later in the evening to partake of the hookah â” or just want a smoke to take the edge off that belly full of babaganoush â” you’re going to have to opt for an outdoor table. Views and people-watching are prime; you won’t mind at all.

A.D.’s expert tip: Apps here are a must. Go with the mixed platter and sample their lavas with an array of incredible spreads and bites; tabouli, sauteed eggplant, stuffed grape leaves and more.

This is Southern fish-camp cookin’. A bit fancied up, to be sure, plated to perfection, but solid, succulent seafood that tastes somehow traditional, whether your grandpa’s fishing trips culminated in Low Country boils spilled out on a hastily covered picnic table or a big, steamy, serving dish downloaded with garlicky, buttery clams over linguine. Reel Fish will feel a tad familiar to fans of the Ravenous Pig, which abandoned this, it’s original location, for more expansive digs up the street. It’s a tad beachier now, and they pile the fries high alongside the okra and tomatoes that go with the whole fried fish.

Recommended for Winter Park’s Best Restaurants because: Orlando may not be ON the beach, but that doesn’t mean its restaurants can’t be transportive. Reel Fish does the job nicely.

A.D.’s expert tip: BOGOs aren’t just for Publix. At Reel Fish, it’s a policy for brunch cocktails with purchase of a main or salad. 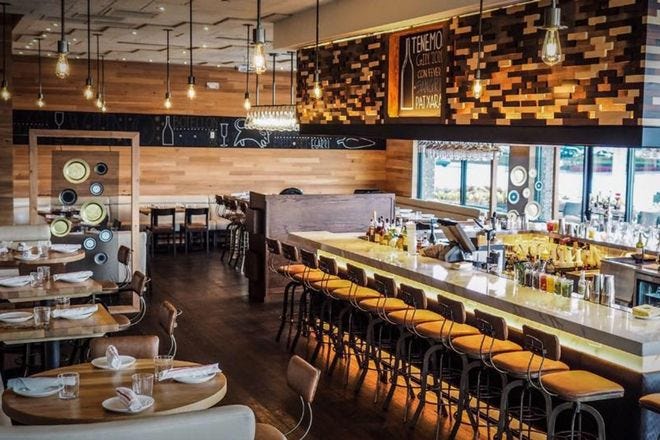 Clean, modern lines meld with Spanish sensibility �” colorful tiles and a convivial, festive vibe �” at this fountain-bedecked enclave in Winter Park, where deliciousness comes in many flavors, spanning salty meats to sugary churros and a range of succulent in-betweens. Diners here most often go tapas-style, choosing myriad plates from which all can partake, enjoy, discuss. That’s not to say for a moment, however, that the large plates �” from steamy, seafood-laden paellas to succulent short ribs to Spanish-influenced pub burgers. Good stuff. Bulla, by the way, is pronounced “boo-ya,” which is precisely what you might say when your teeth sink into its delicious, little cod fritters, or you take your first sip of Rioja on its airy, open patio.

A.D.’s expert tip: Larger tables can be set inside but Bulla also offers big groups private options, both on its patio (up to 40) and in two private rooms that host up to 24. AV is available for presentations, as well. Check their website for sample menus. 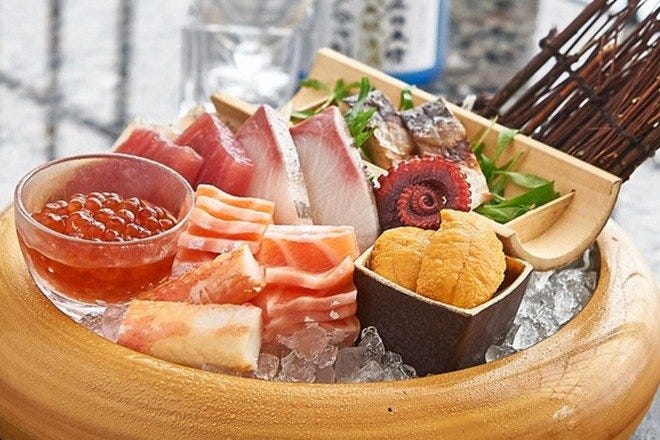 Though portions at this Japanese fusion venue are billed as “tapas-style,” they are generous, which makes sharing not only fun but more filling than often expected. While seafood, sashimi and sushi lovers are certain to love Umi’s super fresh and creatively prepared offerings, the restaurant’s ample selection of Robata-grilled meats and vegetables allow fish-abstainers as much freedom of choice as any other diners to dig into the menu with foodie abandon. A large wine, beer and sake selection makes happy hour extra fun; staffers mix up some inspiring cocktails with the latter. The Happy Hour food menu makes for exceptional bargains, as well. Enjoy a cocktail and a bite out on the Park Avenue sidewalk and soak up the charm of Winter Park.

A.D.’s expert tip: On-street parking can be tight in this area. Check side streets or hit the City Hall garage about a block away. Parking here is free after 6 pm on weekdays and all day on weekends. 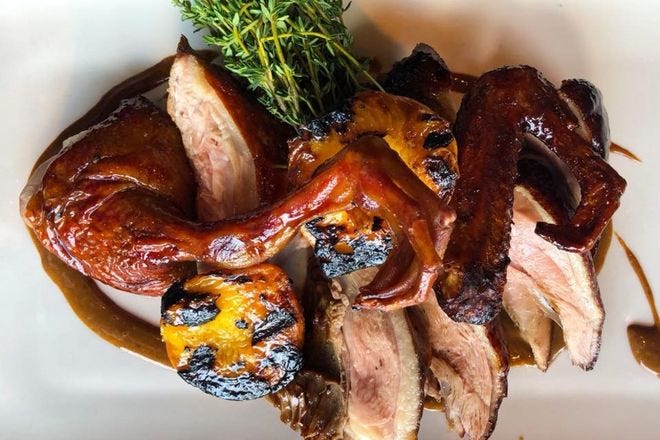 Photo courtesy of The Ravenous Pig

The Ravenous Pig was pretty much the first to bring the term “gastropub” into the Orlando foodie lexicon. Since it opened its doors, the city’s dining scene has swelled to epic buzzworthy proportions (and the restaurant has swelled past its original location and moved into bigger digs on Fairbanks). Local is king here; a rotating food and craft cocktail menu feature ingredients grown, raised and made by Florida purveyors. A few dishes are mainstays, but the rest change up with regularity, leaving diners to wonder what delights they may find when they venture in. Oxtail stroganoff over tagliatelle? Pot-au-feu? Could be. If not, another fresh-made creation is sure to please. Come thirsty, as well. Rotating taps feature phenomenal craft beers including those of its own in-house brewing operation, Cask + Larder.

Recommended for Winter Park’s Best Restaurants because: Innovative dishes, locally-sourced ingredients, warm atmosphere meld to make the Ravenous Pig a favorite not only in Winter Park but city-wide. 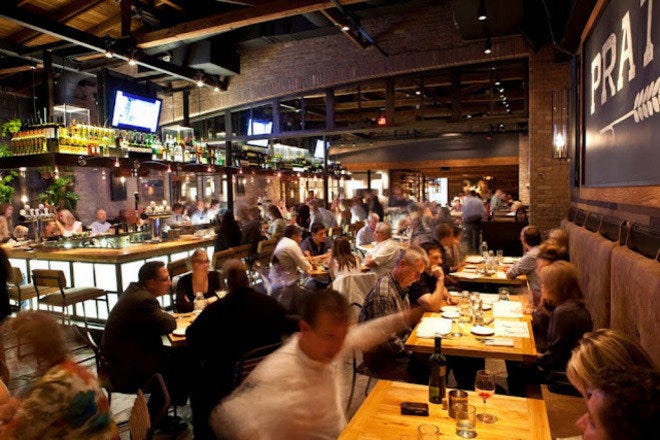 Prato is an upscale enough venue in which to celebrate a landmark anniversary or well-deserved promotion but also casual enough to bring the (well-behaved, please) kids for some wonderfully crispy pizza from the wood-burning oven and sandwiches like the BLT panini or the excellent heirloom eggplant version. Exposed brick, twinkly lights and some patio seating on Park Avenue give the place a cosmopolitan feel. Prato’s menu pulls on classic Italian for inspiration but pays due diligence to culinary evolution, allowing for creativity and some turns that might surprise you. Half-portions on most of the pastas allow for a more authentic Italian experience (pastas are often served in small portions before entrees in the Old Country) and offer more opportunities to share and sample.

Recommended for Winter Park’s Best Restaurants because: Delicious Italian, from pizzas to homemade pasta and beyond, pair with a great atmosphere and creative cocktails. Prato’s great for lunch, dinner, happy hour and more…